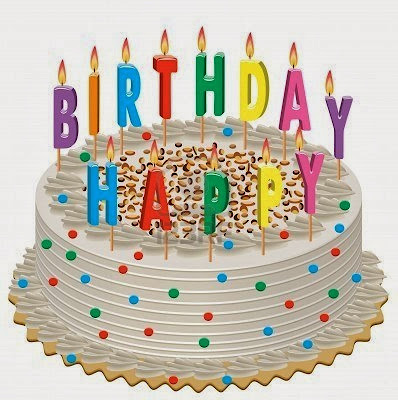 The Beating Bowel Cancer fundraising book is 1 year old today. Happy Birthday!!! It has been an amazing year and the book has been on quite a journey! A year ago today I ordered the first paperback and kindle versions of the book with great excitement. With a kindle you get an instant copy so I was immediately able to see my book in print, and if I say so myself I was delighted with the end result. I had thought the taking of photos and the writing was going to be the hard part, but in reality it has been the continuous marketing and promotion of the book that has been the biggest challenge over the last year.

All along I have said it has been my aim to sell 1000 copies of the book and at around 275 copies I am still a long way off that target, but you never know and I am not ready to throw in the towel just yet. Along with the Justgiving donations the current fundraising figure is around £400. In terms of fundraising maybe there are better ways to raise funds as if 275 people had sponsored me £5-10 ahead to do a marathon for example the amount raised would have been significantly higher. However the fact is that this book has reached so mnay more people than I could ever have got to sponsor me to do a run!

The initial support from family and friends was brilliant, and even some of mum's non-computer literate friends were giving me money to order copies online for them. I had contacted the Beating Bowel Cancer charity and their support has been fabulous all along. They contacted local press and articles on the book were done in all the local rags, and they are in regular touch and offering support. The biggest group of people to come on board were the cancer patients and their families and friends. That side has been truly heartwarming with many people fighting the battles of their lives still making time to support my little venture. Sadly not all patients make it, and I know that we have been very fortunate to have mum come through her treatment.

I have tweeted endlessly, so for those of you reading this nodding your heads I can only apologise, but it is one of the best ways of reaching a wider audience. I have pushed it on Facebook and once again it probably appears a bit tiresome at times... Whoops! I have lowered the price, raised the price and even given the book away free for 24 hours in attempts to raise its profile and generate sales. I have tried to get everyone to get a friend to buy the book. I have left copies of the book at railways stations in the hope the books would go on their own journeys, which unfortunately didn't take off. There has been some overseas interest although maybe not as much as I had hoped. It may be raising funds for a British charity but this vile illness devastates globally. So anyone reading this from outside the UK please buy the book :) Ultimately though self promotion is hard work and sales have dwindled to pretty much nothing alas. To date the book hasn't sold a single copy this month.

It was interesting though to realise just how important raising awareness is of bowel cancer. So when book sales slowed I did not lose heart as another big job the book is doing is helping to raise awareness. The fact is that if bowel cancer is caught early 95% of patients survive the disease for 5 years or more. It does remain the second biggest cancer killer.

I am still pondering whether it is worth publishing a second book. I am thinking I probably will, although it will have to be something slightly different as I would want people to be interested in not only supporting the charity, but also to be interested in buying a second book... The other fundraising idea for 2014 is a mountain hike with Mount Snowdon in September the current favourite.

So as the book enters its second year I would like to thank everyone one who has kindly bought the book and helped and supported me. I am sure the second year will have its moments and let's see where we are in 12 months time.

Finally mum had a 6 month check up at the beginning of November and 14 months after her bowel operation she is still clear and in remission. She has been through an awful including two operations at the start of this year to remove nodules from her lungs. So 3 big operations in 6 months and she has come through the lot without complaining and has made a remarkable recovery. Not bad for a senior citizen closer to 80 than 70! :)

Please please please if you have a little spare cash and want to support the charity buy my little book and make a little difference :) Spread the word, share this blog and help the book raise as much money as possible. Every single penny I receive goes to Beating Bowel Cancer.
Posted by tim at 00:49