Calling The Rest of The World 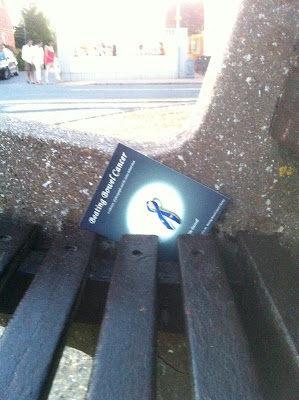 The vast majority of sales so far have been in the United Kingdom, which when I think about it is not so surprising. I live here, my family are here and most of closest friends live here so as the book began its life the net that it spread originated from close to home. Also Beating Bowel Cancer is a UK based charity and perhaps this puts off people from abroad? I don't know about that so much...

When I made the kindle version of the book available for 24 hours a few months the uptake was excellent and especially so in the United States where about 50 people took advantage and downloaded the book. Slightly disappointingly I have not managed a single paid download in the USA since then.

Bowel Cancer like any cancer is not just a UK health killer, it can devastate families all on every corner of this planet. I have sold 269 copies to date and with the justgiving page the fundraising tally is around £400 now, and every single penny I get goes to the charity. Not only would overseas sales be a vital and much appreciated source of revenue for the charity, but also equally as important is that every single sale no matter in which country helps raise awareness about the disease.

So come on the world please support this fundraising cause :)

So where ns the world was the photo taken?
Posted by tim at 02:08