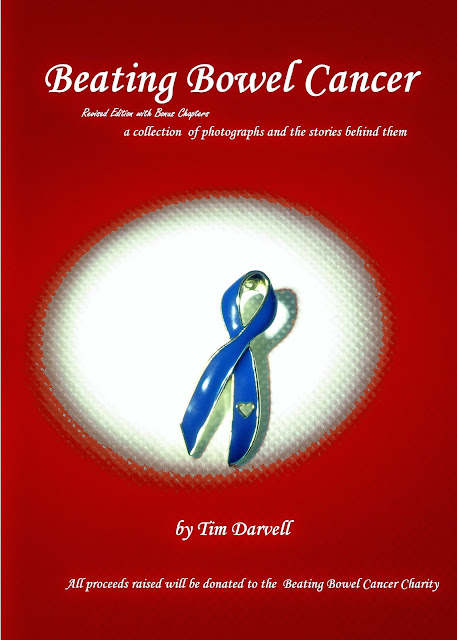 The idea of getting the book released in a hardback edition seemed neither feasible or affordable when it was first published back in 2012. It was something that a few people enquired about at the time, and I would have liked a hardback copy for myself too.

With the new fundraising book for Beating Bowel Cancer, Lives & Times, nearing completion I decided to have another look. The good news is that is now possible for me to publish a hardback edition, which will be both affordable, and have a margin that will make some money for the charity too.

Of course it is unusual to put a book out in hardback 3 years after the paperback version. Will it actually sale any new copies? What I have decided to do is, solely for the hardback edition, to publish a revised edition that will contain some new bonus chapters. I should be able to have this ready in the next month or two.

The remaining decision is when to put this book out. I don't want it to clash with Lives & Times, so there are two possibilities. I might publish it very soon if the new book isn't ready to go. I am still waiting for a couple of people to give me dates, which is putting the new book back a little. However if the new book does come together sooner than anticipated I will delay releasing the hardback until after Lives & Times has been published.

I have been playing around with a new cover for the hardback edition, but this is just one idea for it at the moment.