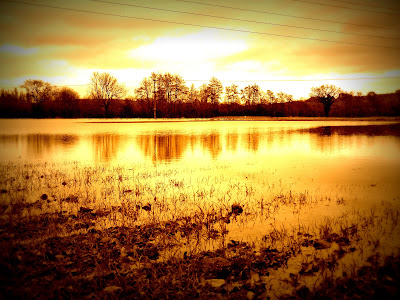 The book was let loose in the public domain 6 months ago in November 2012, when it seemed like the whole country was under water. At work my usual dog walking route was a mini lake where the Thames had burst its banks. At that same time mum was recovering from successful surgery on the bowel some 2 months earlier, however we also found out that she would be needing surgery on her left lung. So you could say it was a pretty full on time!

Looking back I didn't really give much thought as to how to market the book and pretty much uploaded the book to the Internet and went with it, but one lesson learned for next time... I knew that apart from friends and family, Facebook and Twitter would be my main form of attack in terms of social media. I had contacted the Beating Bowel Cancer charity to let them know what I was doing, and they were wonderfully supportive. In fact they proved to invaluable when it came to contacting the media, and the book ended up in 4 local papers in no small way down to the charity.

The support from friends and family in terms of buying the book has been terrific, and initially during the first few weeks it was these sales that were driving the book forwards. But then through Twitter the surprise package of the cancer community came through. I was hoping for support and encouragement from these amazing people, but in large numbers they have bought the book, reviewed the book and been incredibly positive and encouraging.

Over the last few months sales have tailed off. Sales are now at 257, which is still some way short of the 1000 copies I would love to sell. The addition of a justgiving page has meant the fundraising total is now approaching £400 and for that I am ever so grateful to everyone who has bought the book.

I am forever trying to come up with new ways to push the book forwards and increase sales, but it is a pretty tough and time consuming task. One successful way was to make the book free for 24 hours in a promotion recently, which lead to a surge of downloads. However that also defeated the object of the book in terms of trying to raise money so I made up the shortfall from that promotion to make sure the charity didn't miss out. No doubt going forward I will come up with new and different ideas, and I always open to new sggestions.

I recently tried sending 2 copies the book on a trip, with the hope the copies would get passed among different people each with their own story to tell of their interaction with the book. Unfortunately I haven't had any responses to date, but a 3rd and final attempt will soon be made on this front.

Mum continues to do ever so well, and she had a scan last week which we are hoping will show her to be all clear, and the results of that we will get in mid June.

This whole process has been pretty humbling for me as I have come into contact with so many brave and extraordinary people of which my mum is right up there with the best of them. I don't regret having done this for a moment and I haven't ruled out doing a 2nd book at some point in the future... Here's to the next 6 months! :)
Posted by tim at 12:24