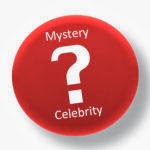 By choosing "people" as the theme for the forthcoming book 2 this opens up the world of celebrity to me. My thoughts are that if I can get some celebrities on board it would help generate interest in the book and potentially increase sales and of course help raise awareness about this terrible disease. Over the last week I have begun the process of trying to make contact and that is hard enough in itself. I am heavily reliant on social media and I am a mere drop in the ocean when it comes to hoping my message will make it to the celebrity and get read! So Facebook and Twitter are being relied upon for this, but occasionally I have managed to get an email address for management which seems to be a good route as they have tended to reply. I am also trying the agents route too. I soon realised I will need a thick skin for this as the chances of getting replies seem to be slim, and it might well turn out to be a numbers game. The motto of course is if you don't ask you don't get and I am going to do plenty of asking. In the first week I have approached over 25 celebs including high profile names such as Kylie and David  Tennant, but also people that I do have a real connection with especially from the world of music. If and when I manage to get any celebrities on board I will announce them on here. For starters a musician has already agreed and when I have the picture in the bag the name will be posted, but its not one anyone will be able to guess though :) So this could be an interesting route, but at the same time I am totally convinced that the real stars of the 2nd book will be the ordinary people and the potential there for photographs and stories is limitless.

With 298 sales book 1 is so very close to going past the landmark figure of 300 now. Its just needs a couple more people to come on board and support and but it. The Beating Bowel Cancer Book page on Facebook has had a great week with many new faces on board so its exciting times on all fronts. I have also started dropping the first of the 100 postcards which hopefully will lead to some stories and I have joined a group which is doing something a little different which I will announce in the next week or so. So as things stand there are 702 sales still required to reach my dream goal!