February turned out to the be the most successful month the book has had in over a year. This was no doubt mainly down to the half price promotion of the kindle edition of the book. Its always difficult when using discounts to promote a charity book, as of course by discounting the price the amount of proceeds from each sale is reduced. However people have obviously bought the book at the discounted price, when they otherwise might not have bought it, and every single sale is a valued contribution to the fund raising quest. It was a seven day promotion in UK only, and next up I will try it in the USA and see if that largely unsuccessful territory so far comes on board? It has reinforced my enthusiasm for the whole project though, and if I could just come up with that elusive way of breaking the book out into the wider book buying audience and raise some serious money for the Beating Bowel Cancer charity. 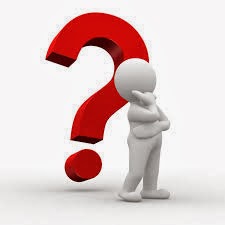 Moving on to book 2. Having chosen to do a theme this time and for that theme to be on people I am busy coming up with plans. I have a few photos already in the bag from the last year or so, but I am more excited about the new possibilities the doing people will bring. Already I have approached a few people with a view to taking their photo and the response so far has been positive. As and when I have the pictures in the bag the identities will be revealed, but for the moment they shall remain a mystery. One exciting possibility is of someone I approached on twitter and got a potential yes response. It is unlikely that even those who know me well who guess who it is, but if it does come off I will be incredibly happy. It also means I will continue to ask potential subjects as the worst thing that can happen is I get a no...
Posted by tim at 11:58